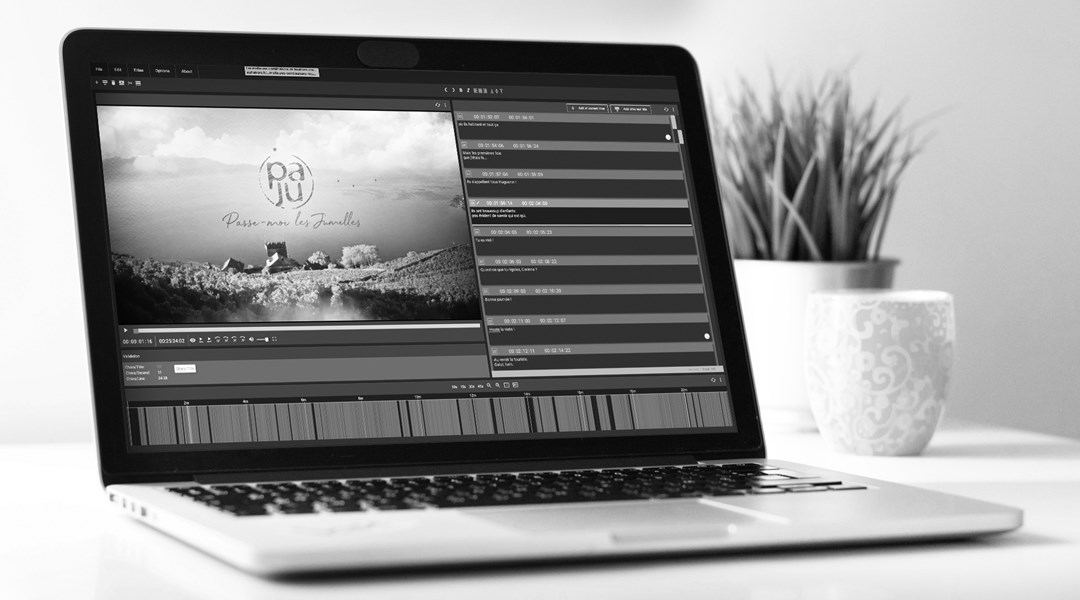 Biel, 19/11/2020. SWISS TXT is SRG’s multimedia centre of excellence. It is currently subtitling around 1000 films in 4 languages for SRG’s national streaming platform Play Suisse, all within the space of 4 months. The daunting task of subtitling such huge amounts of content would be impossible without our in-house machine translation platform and our team of post-editors, who correct the machine’s output prior to broadcast.

SRG’s Play Suisse streaming platform will go live in November 2020, featuring around 1000 different programmes. In preparation for this milestone, we are currently in the process of subtitling relevant films, series and documentaries from all of SRG's enterprise units (RSI, RTR, RTS and SRF) into other languages. Subtitling is the responsibility of SWISS TXT, an SRG subsidiary based in Biel. Around 1000 more programmes are scheduled to be produced for the streaming platform next year alone, and there are plans to expand the total number of titles in our programme catalogue to several thousand over the next few years.

An internal platform makes it possible

To produce its subtitles, SWISS TXT uses its own in-house machine translation platform, which has been specially designed to recognise and translate film content automatically on the basis of the soundtrack or existing subtitles. The platform produces a translated text, which is then manually corrected and edited by specially trained staff. A team of over 180 SWISS TXT employees are currently working on the project. Thanks to the platform, they can subtitle videos around the clock wherever they are.

“It would be impossible to deliver an enormous project like subtitling programmes for Play Suisse without the cutting-edge technology we have available to us nowadays. It allows us to blend machine-based automation with human expertise, which is the only way to produce high quality subtitles in such huge quantities”, notes Benoît Rebetez, SWISS TXT’s Project Manager for Access Services. And it's certainly true that subtitles have to be of the very highest quality. Viewers can only follow subtitles if they are concise, linguistically accurate, and timed to appear on screen at exactly the right moment.

SWISS TXT has been subtitling SRG TV programmes for more than 30 years. In 2019 it produced no fewer than 37’810 hours of subtitles for SRG.

Play Suisse is SRG’s new streaming platform. It will feature a range of series, films and documentaries from all of Switzerland's linguistic regions, available for you to access in your language whenever and wherever you want. Find out more.

SWISS TXT is a wholly-owned subsidiary of SRG SSR, for which it functions as a centre of excellence for ICT, digital, distribution and access services. It has been guiding Switzerland on its journey into a mobile, digital future since 1983. SWISS TXT is an established provider of services for digital media, video streaming and access services, including subtitling, sign language and audio description.
Find out more at www.swisstxt.ch