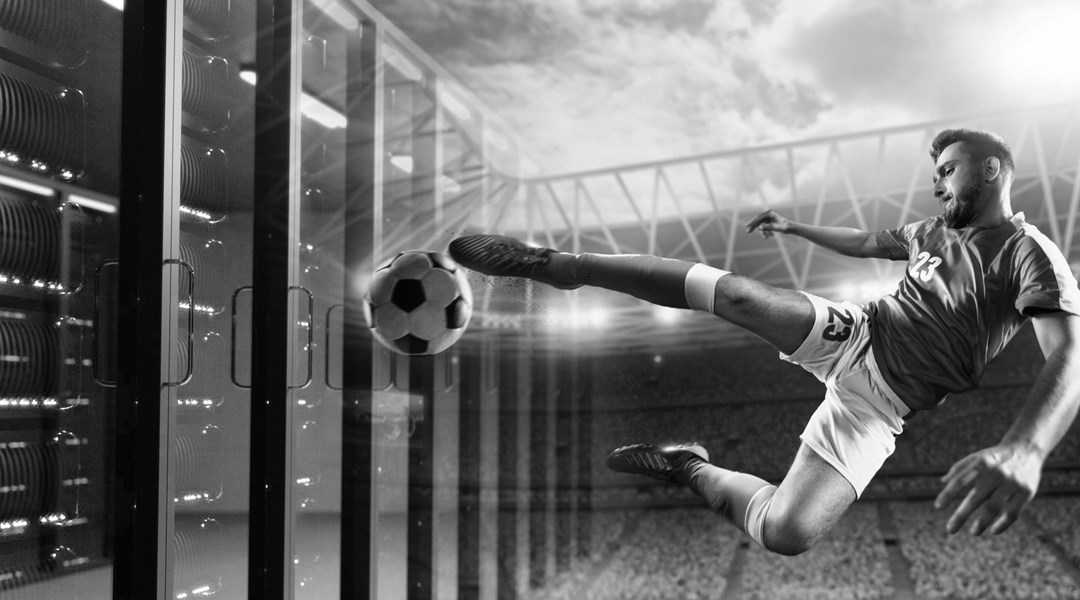 The football World Cup in Russia attracted huge numbers of supporters – something that our playout infrastructure also experienced. As much data was streamed in the two hours of the Switzerland – Sweden match as is usually viewed in an entire month.

At its peak, some 780 GB per second of data was being streamed to our customers during the last-sixteen match between Switzerland and Sweden. In these two hours alone, our infrastructure had to handle around 3.5 million accesses. A total of 570 TB of data was streamed during the evening overall.

For the duration of the World Cup, from 14 June to 15 July 2018, 10.7 PB of data was transmitted in total for our customers across 6 streams dedicated to just the World Cup and our servers received 8 trillion hits (requests).

Here are a few numbers for comparison:

During the Switzerland – Sweden match, the equivalent of around 195 average USB sticks' worth of data was being streamed per second, corresponding to some 142'500 USB sticks for this evening alone. Stacked on top of each other, the stick-equivalents for 3 July 2018 would create a tower around 1'425 metres high. In other words, if placed in Biel (at 434 m altitude), it would have reached the same height as the summit of the Rigi (1'798 m).

The tower of USB stick-equivalents for the entire World Cup would have reached from Biel (434 m above sea level) up to an altitude of 27'184 m, which equates to more than three times the height of Mount Everest (8'848 m).

Learn more about our IaaS solutions