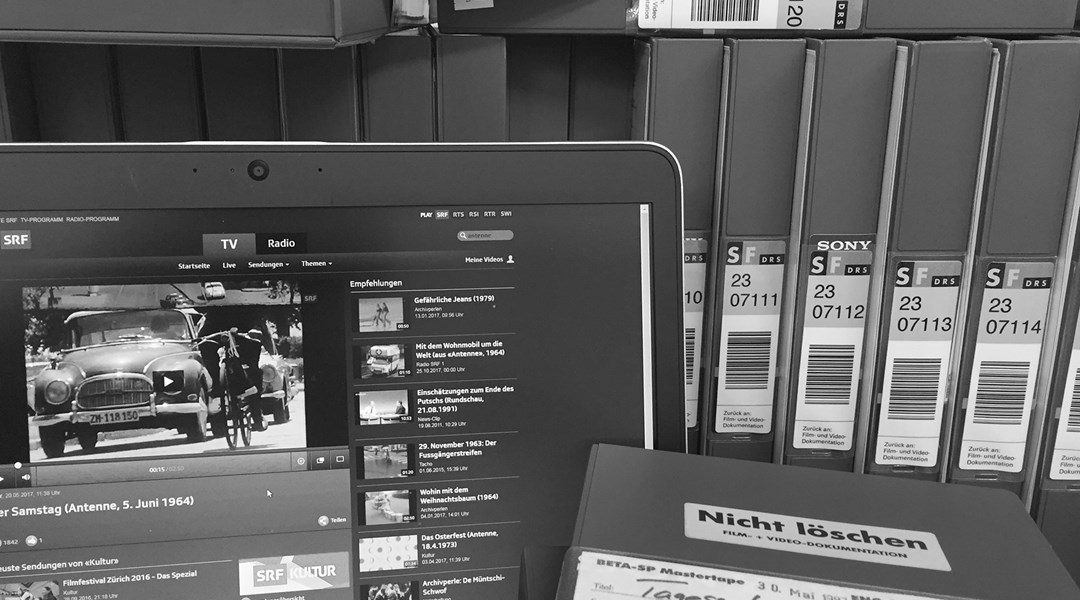 SRG is expanding its archive offering for Swiss audiences. In addition to the archive content already made available over the Internet and at dedicated consultation points in libraries and universities, journalists working for Swiss media houses can now conduct research in SRG’s archives, as well as download selected videos via the shared content platform for use on their websites. SWISS TXT was responsible for the technical project management and for developing the platform.

SRG has taken another step towards opening up its radio and television archive. As previously indicated, the move is in keeping with the public broadcaster’s aim of helping to ensure that Switzerland’s shared history gets the treatment it deserves. With this aim in mind, SRG’s four Enterprise Units (SRF, RTS, RSI and RTR) are activating new research accounts and checking the selected content for any third-party rights that must be respected, prior to making legally approved material available for download. Archive staff will also be available for a limited number of research requests. Videos will be exported using the shared content platform (https://sharedcontent.srgssr.ch), on which SRG news content is already available. The videos can be of any length and range from short extracts to full-length features and programmes. However, they must be at least one year old to appear on the platform, and cannot be edited. To keep the project commercially viable, the overall number of videos available for download will also be limited.

SRG retains the rights to all content, but media companies are allowed to use the videos in a commercial context.

Thousands of hours of archived content are already available for viewing and listening on the SRG Enterprise Units’ various websites and terminals, as well as at a number of state institutions. SRG has been making metadata for selected archives available to developers over a public interface since 2017. In autumn 2018, the company began making records from SRG archives available for research purposes via local consultation points in a number of cultural institutions. Now, private media houses will be able to access historic video material from the individual Enterprise Units too, with a view to strengthening Switzerland’s position as a centre for the media industry.

SRG is one of the first media houses worldwide to show this level of determination in promoting digitalisation and opening up its archives.