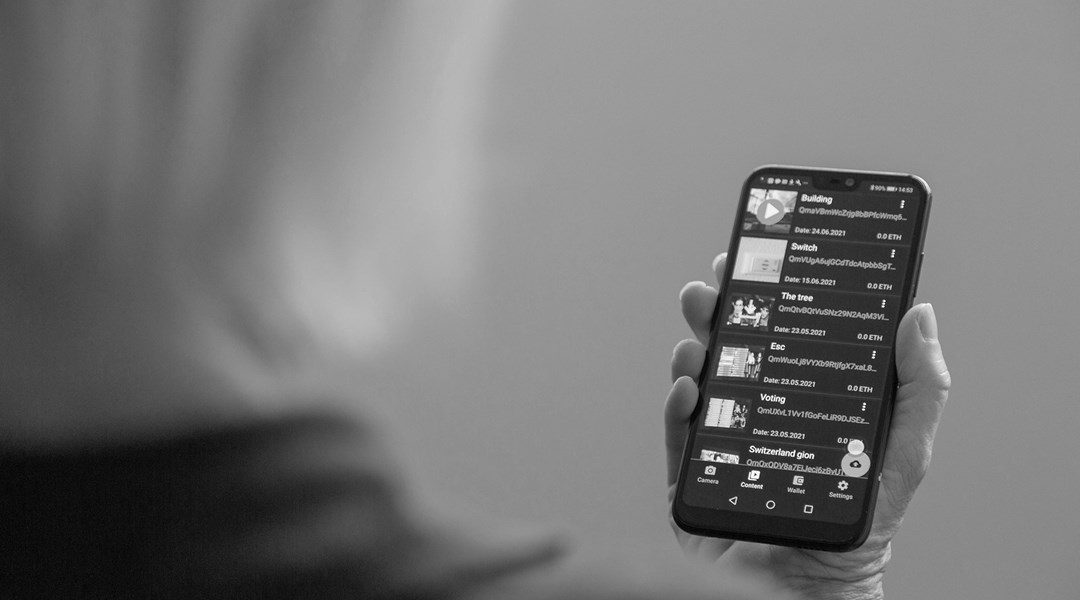 SWISS TXT tested an initial prototype of the mobile citizen journalist app, which was developed as part of the EU’s HELIOS research project, at the Jungfrau Marathon two years ago. The app allows users to decentrally store recorded videos and captured images on the Internet and uses blockchain technology to ensure anonymity. A marketplace for sharing content enables publishing houses and media organisations to make further use of it. Citizen journalists can then be rewarded in cryptocurrency. The application will once again be put to the test under real-life conditions together with other applications that were developed as part of HELIOS during this year’s 28th Jungfrau Marathon, which will be held on 11 September 2021. 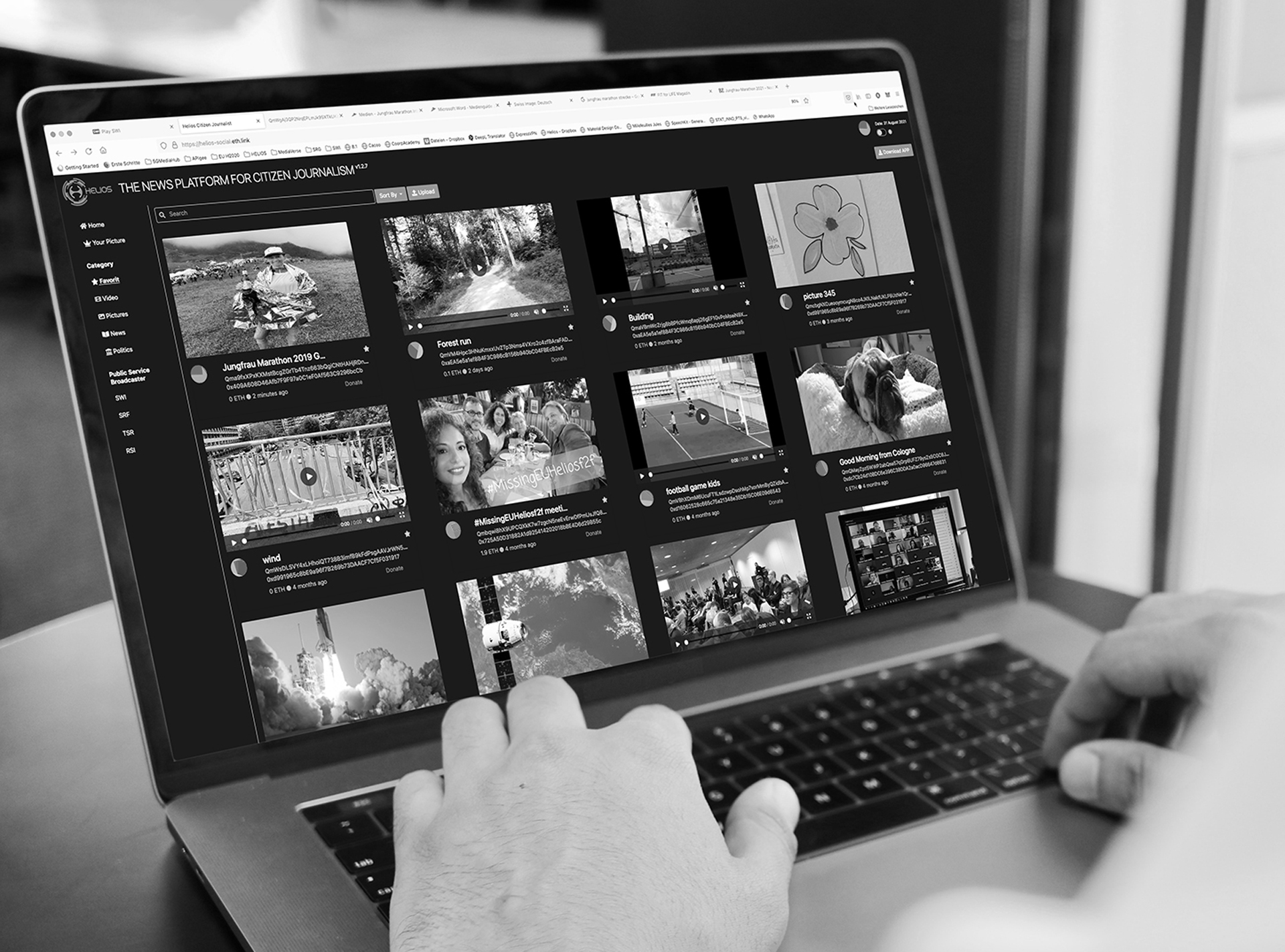 New functions designed to facilitate the work of citizen journalists

SWISS TXT has developed the HELIOS CJ Reporter app for Android end devices as part of the EU research project. It enables citizen journalists to decentrally and anonymously record and publish content. The use of blockchain technology means that reliable and anonymised content that cannot be altered can be published. Citizen journalists can be rewarded for their content in the form of donations in cryptocurrencies such as Ethereum.

A video exchange platform provides publishing houses and media organisations with easy access to the content stored decentrally by citizen journalists in IPFS. From there, the content can then be further utilised on their own platforms or on social networks.

The new app also provides a cost-effective way of live video streaming. As such, the video sources of several mobile phones can be easily streamed to one output channel. What’s more, geopositioning means that a radius can be defined for pinpointing the area in which the recording devices are located.

What is the EU’s HELIOS research project?

Renowned European universities and technology partners are involved in this research project with the aim of jointly designing and implementing a state-of-the-art, peer-to-peer social media platform.

The modular HELIOS base platform enables developers to design their own versatile apps based on modules already developed by partners. As such, it makes use of mobile phone capabilities, which are utilised differently based on interest, location and availability. The decentralised storage of all data ensures that privacy is safeguarded.

The research project is in its final stages and is expected to be completed by the end of 2021.
For more information, visit: https://helios-social.com/ 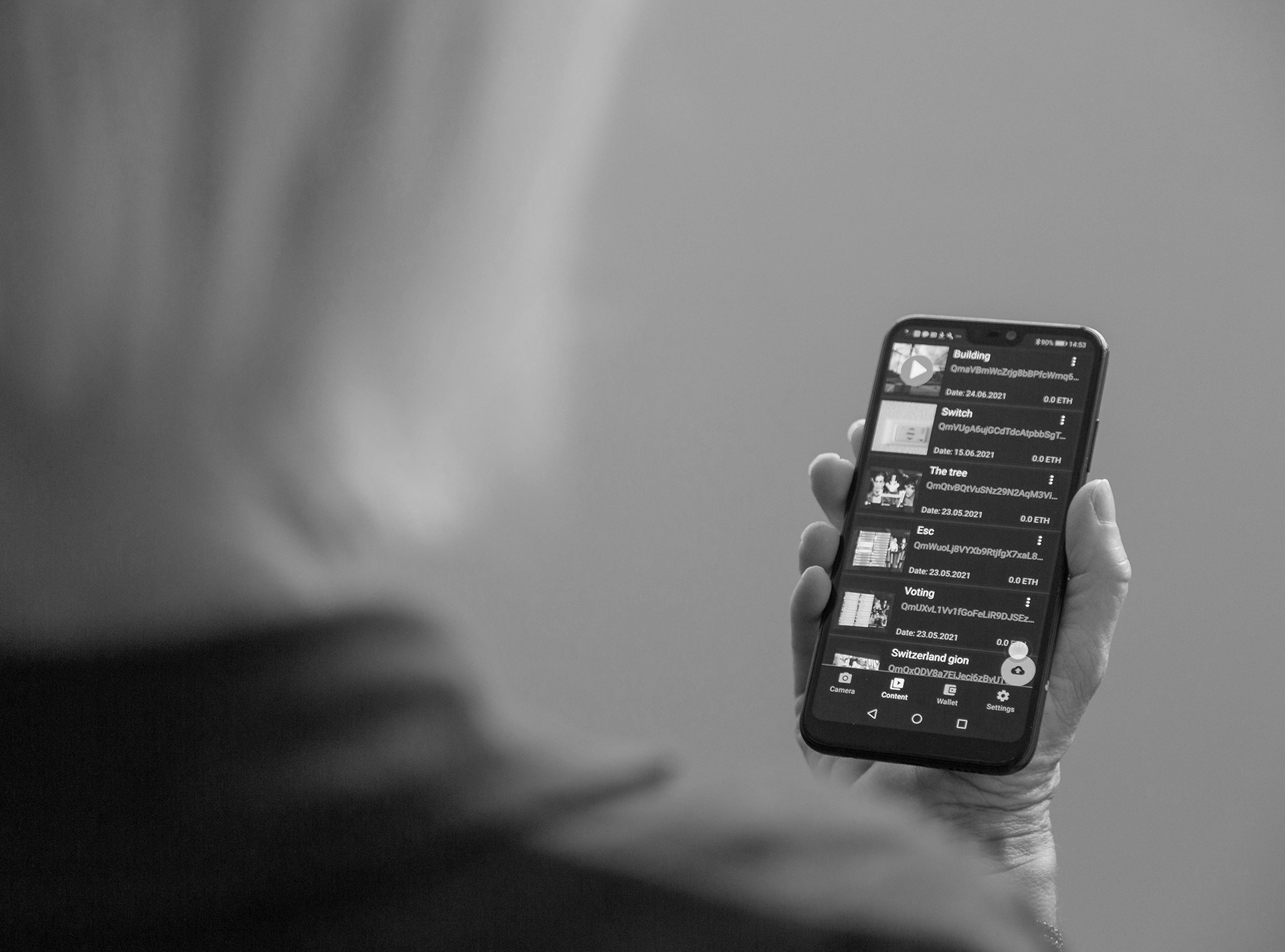