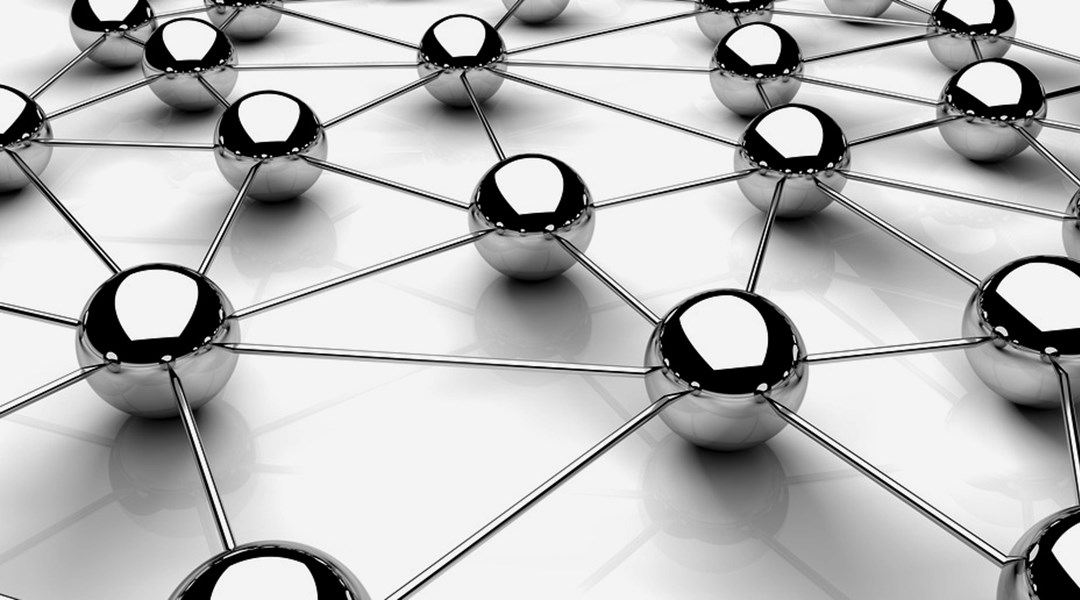 Content Distribution Network: a CDN is a network of regionally distributed servers that are connected via the Internet. It is used for distributing content – in particular, large media files – via the public Internet.

SRG already had its own CDN infrastructure with SWISS TXT (caching server plus Internet peering). However, while it can be run economically for a constant base load, this is not the case for sporadically occurring usage peaks. This requires a large CDN provider with the respective capacity reserves. Experience has also shown that while a large number of users need to be served simultaneously during peak times, the volume distributed is low relative to the base load. To date, SRG only had static control over volume distribution between the external and internal CDN, by allocating the various services to them. The CDN Manager will offer more flexible and automated control by dynamically offloading content delivery to one or more CDN providers. 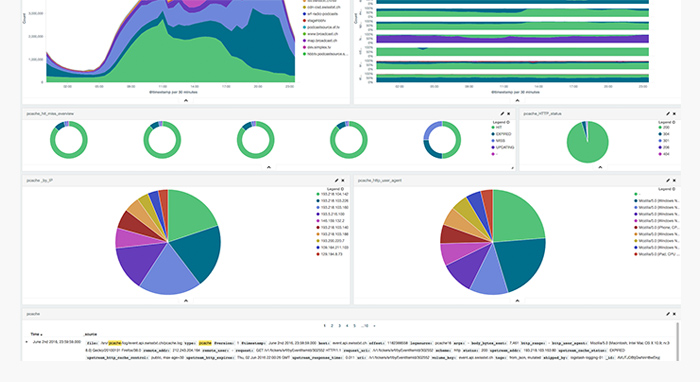 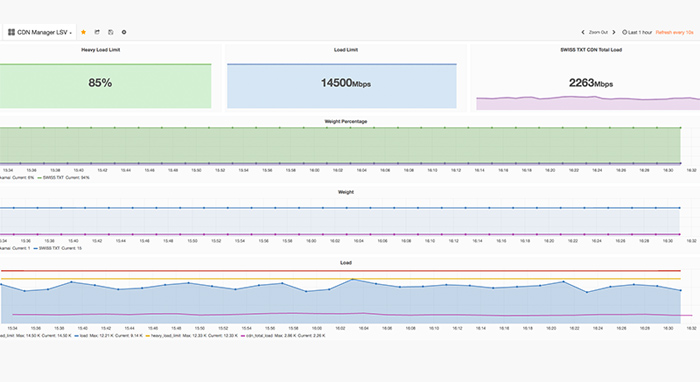 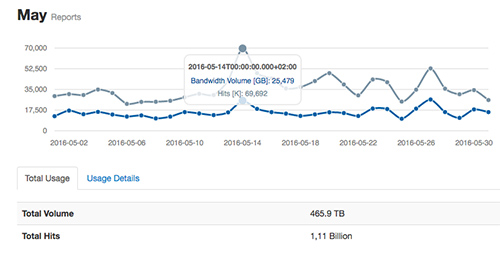 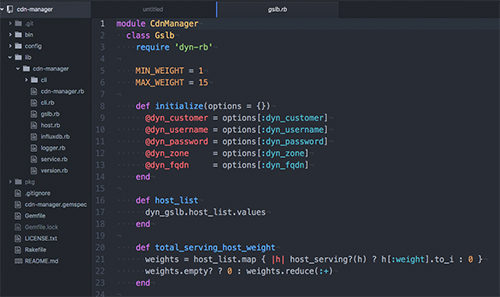 A glance at the source code of the CDN Manager software. 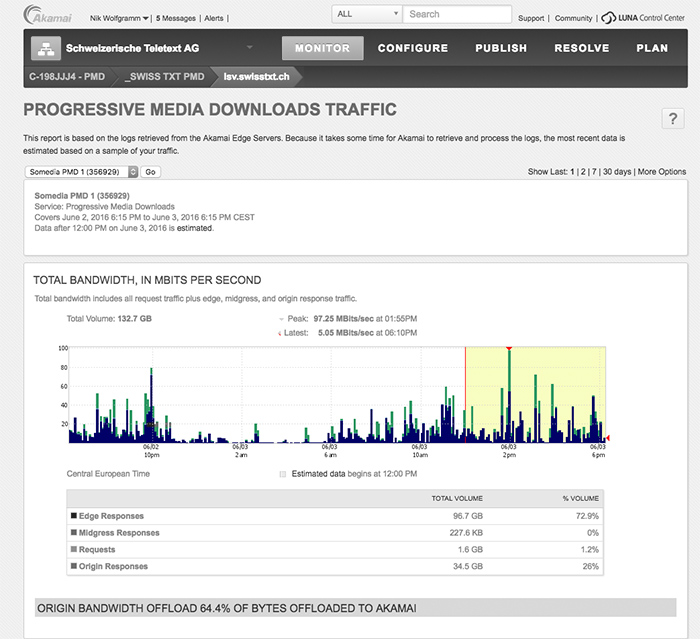 A glance at the Akamai statistics in the Luna Centre.